I found out today that White Columns, who gave me my first show in New York have an online archive. I found some artifacts like a poster, an opening invitation and a price list with notes on sales. Can’t really read it but still…1985 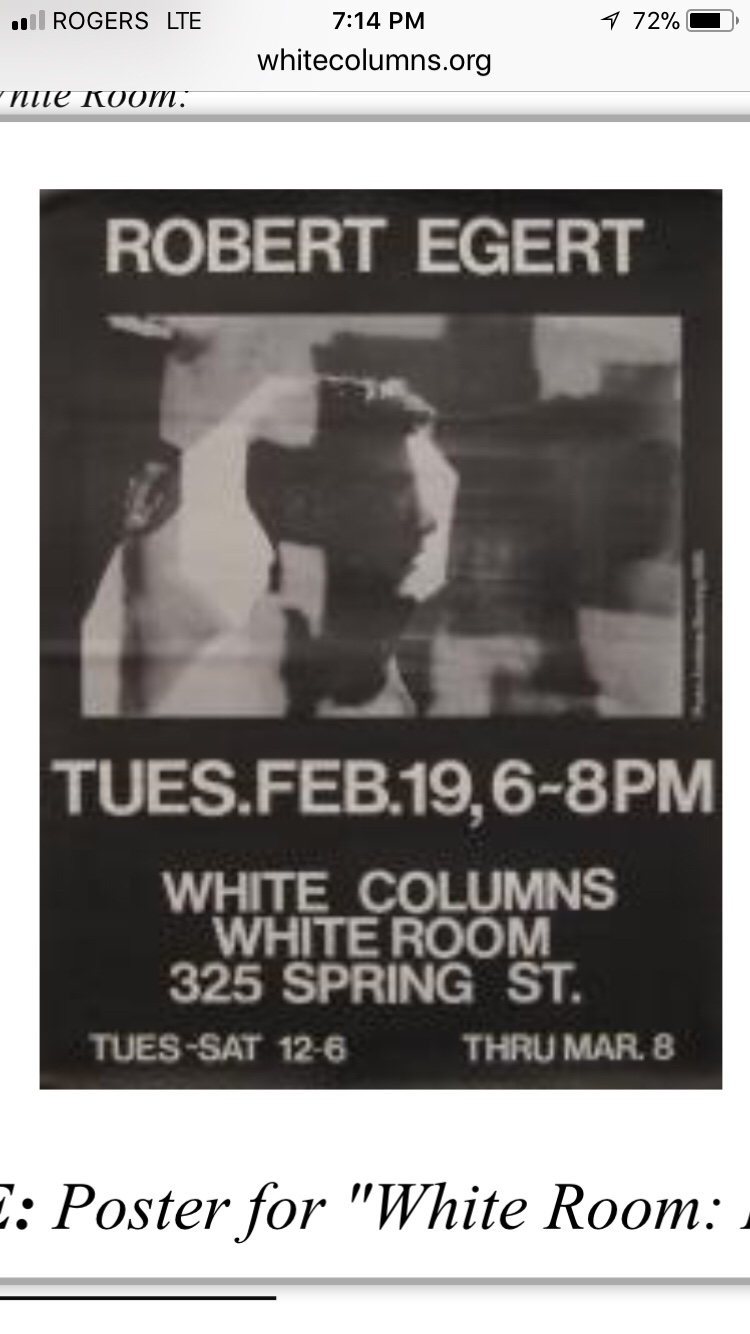 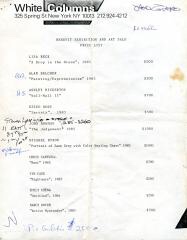 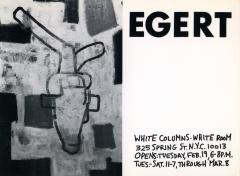 No, not finished…oil on stretched canvas, 38″ x 42″
Somewhat inspired by The subjugation and exploitation of animals and plants (from the 1980’s) as well as some archival desert hiking photos. But perhaps edging into architectural renderings and Saha Haddid opera house in that autocratic eEastern European nation… 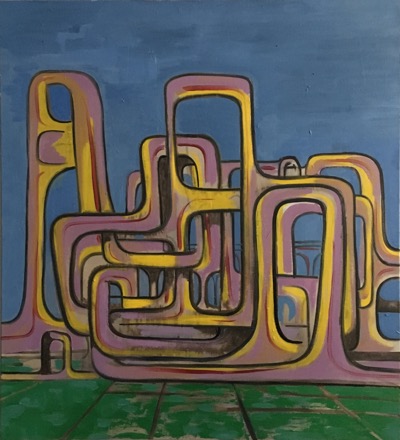 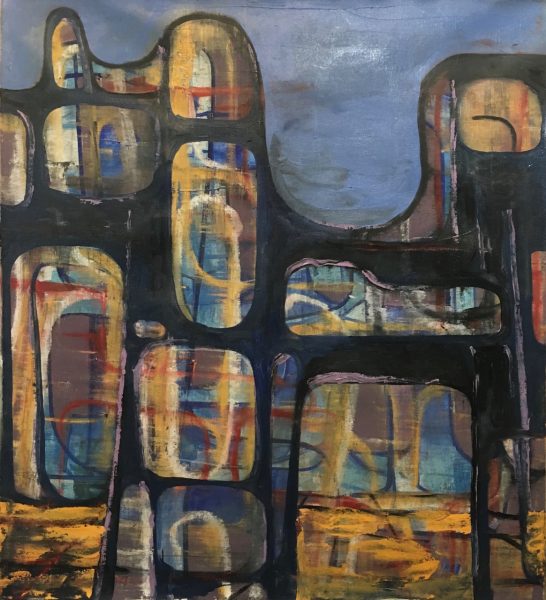 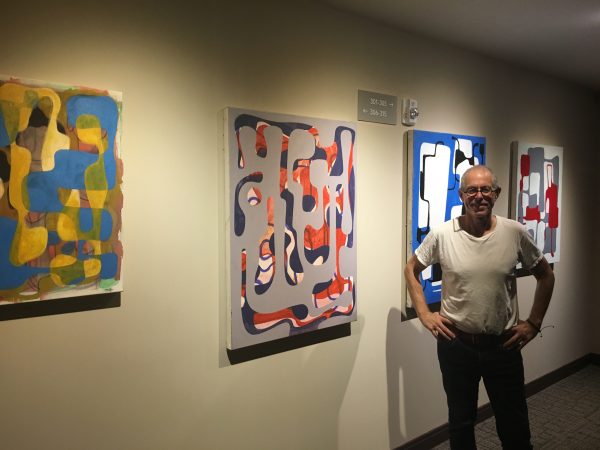 Thanks, Jim Pustorino, for organizing this exhibition of paintings at Hamilton House, Jersey City. Work is on display through early Spring 2018. Contact Jimm at Drawing Rooms (AKA Victory Hall), or me directly here. 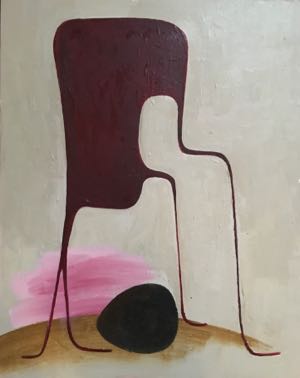 Bonsai Garden features intimate paintings begun between 2011 and 2013 and completed in 2016 – 2017. Each piece represents part of my ongoing interest in biological processes found in nature and in our bodies.

Bonsai Garden takes its title from the fact that these paintings are small and concentrated. And, like bonsai, these paintings take a long time to mature. It’s also appropriate that Holland Tunnel Gallery is located in a real garden in Williamsburg, Brooklyn.

In the painting, Repro I was inspired by the human figure as well as scientific diagrams. The specific subject is parthenogenesis (a form of reproduction that doesn’t require fertilization). Repro illustrates this process while also occupying an intermediate space where the viewer’s cultural and visual associations with the forms play a critical role. Hatch alludes to both the egg, but also the protective instinct of the mother and as a metaphor for recent political events.

The miniature scale of these works influences both their production and consumption. The scale reduces the role of gesture and results in images that are more decisively delineated, contemplative in nature, and formally idealized. From the viewer’s perspective, the miniature scale demands proximity and elevates details of surface, edges and other formal qualities of finish.

For further inquiries please contact the gallery at 1.718.384.5738 or the artist at robert.egert@gmail.com

What comes once every four years and takes you away from your S.O.P.??? The Ballot Show! 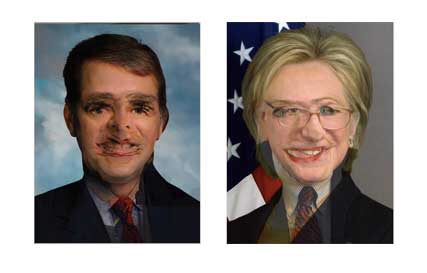 Always a fun event at Frontroom Gallery, 142 Roebling near corner Metropolitan in Williamsburg. See you there and don’t forget to vote! 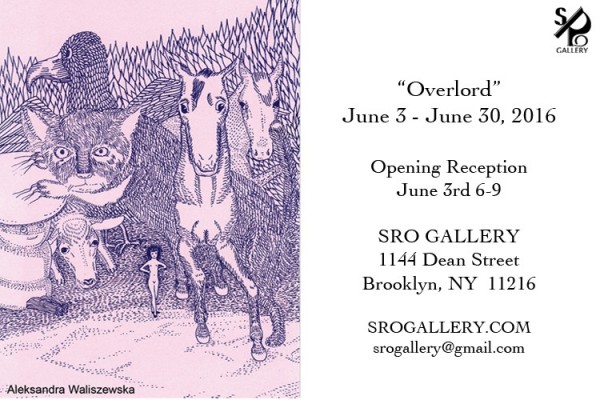 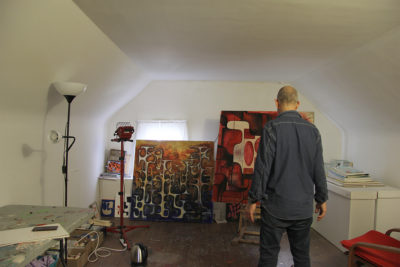 Had a great visit with André Smits last weekend to participate in André’s project, which you can check out art his site: Artist in the World. Digging this photo. It captures my somewhat cramped but comfortable attic studio along with two large oil paintings in progress. Besides the photo it was great to have a more in-depth conversation with André and get his reaction to my work.