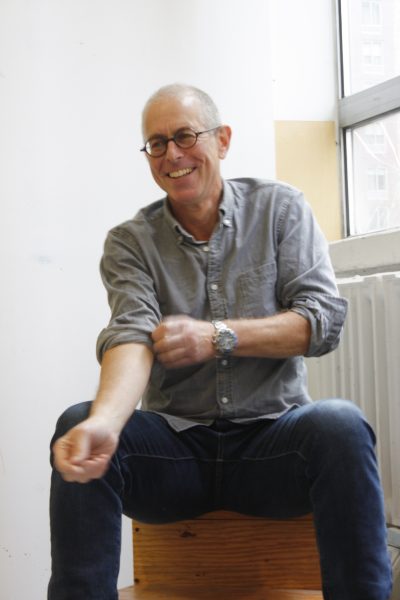 Robert Egert grew up riding his bicycle through Bushwick in the 1970s. Twenty years later he was living in Williamsburg and was one of the handful of artists who founded the artists’ community there. Williamsburg’s early bohemians share an intense bond. They are like family to me. And even if I might not know them well, as friends in the ordinary sense, I know them deeply in connection with our shared philosophical roots.

Williamsburg in the 90s was an oasis of weirdness at a time when art on the whole was very derivative. There was a movement here that advanced synthesis over analysis in art making. The neighborhood became known for hybrid forms and unearthly environments. There was a generative, organic quality to the art that was starkly different from the imagistic literalism of postmodernism. You can see this overall trend in Williamsburg in the work of Roxy Paine, Chris Martin, Amy Sillman, Ken Butler, Rachel Harrison, Ebon Fisher, to name a few. And you can also see in the history of this art scene a fusion between conceptualism and abstract painting.

To be sure, art writers invariably strain to find overarching narratives, and I would not attempt to do this, for example, with the new trends in painting, which in most cases I think are no more connected with old Williamsburg than they are with any number of other historical trends in painting. Still, we can point to some things that happened to New York Art at the turn of the century as the scene began to migrate across the East River. The appearance of certain esoteric and organic motifs in abstract painting in Greenpoint in the 1980s (James Harrison, Peter Acheson, Chris Martin). And the way in which certain conceits of minimalism merged with media art in the “warehouse movement” along the waterfront in the early 90s.

Robert Egert’s work provides a key to this transition. His work spans the whole of it. Some of his paintings even look like keys, or compact hybrids of organic life and language poised for an unraveling.

Robert began his career in the postmodern East Village and Soho in the 80s. Then he was in the middle of the Brooklyn phenomenon in the 90s. He took a master’s degree in Marxist studies at the storied CUNY grad center under Marshall Berman, a right of passage of many thinkers and readers in the neighborhood at that time. And so even though there is a Brooklyn synthetic quality to his organic forms, there is also an analytic quality that comes through from the 80s fascination with history, power, the construction of knowledge (epistemology), and so forth.

The delicate red and blue conté drawings remind me of those mysterious illustrations in the very first encyclopedias, like the one assembled by the brigade of draftsmen who accompanied Napoleon’s army to Egypt. Specimens from a naïve science.

The conté drawings could also be rubbings from some alien fossil, or powdery carbon copies drawn out of some forgotten photomechanical process. One inspiration that Robert mentions are medical illustrations of vascular systems, where long arteries are truncated for easier viewing.

Somewhere between language and life form, Egert draws these entities as discrete symbols, carefully conjoined with their negative spaces. And then there are intricate details inside the shapes, rendering a deeper layer of anatomy. The drawings are done on a rough and allegedly extinct kind of laid printing paper. The pigment dust lies on the page a delicate powder, much like Odilon Redon’s use of charcoal.

They are erudite and pithy, and yet they are not cynical or ironic. Actually they are affirmative and sincere. They hold out an ephemeral optimism against a disembodied modernity that they nonetheless acknowledge. Simply, the possibility of new aesthetic life against considerable odds. They remind me of the marks that a philosopher might make who has forsaken writing, but whose pictograms still contain the powder of the battlefield. 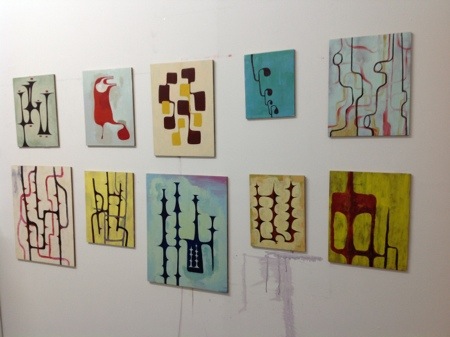 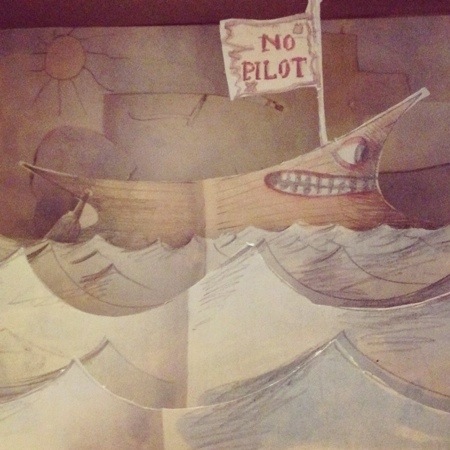 Maquette for Diorama Installation for ROCA.

Ethan Pettit isn’t trying to do anything too complex. The debut exhibition at his quaint suite in the Brooklyn Fire Proof building, Inaugural Show, is simply conceived as an introduction. There is no theme and the press release is as bare bones as I’ve seen—just a list of artists (11 total) and the gallery’s hours of operation. His agenda is straightforward: these are the artists Pettit plans to represent. They’re a diverse group, and if it weren’t for the modest scale of their work, the exhibition would be crammed cheek by jowl. As it is, the small works beg for close-up observation; many don’t divulge the details that make them wonderful until one is within twelve inches of the object. At this range Eva Schicker’s delicate arabesque ink drawings reveal tiny figures and bits of poetic text. Her lines never connect; they bunch together like commuters on a train always preserving a smidgen of personal space. The same seems true of Richard Humann’s saltshaker, “Salt of the Earth” (2011). Here we have a standard glass shaker filled with minuscule squares of paper, each printed with a single letter. The whole alphabet might be bunched in there two or three times, but without any discernible order.

Robert Egert’s soft blue conté crayon drawings come off microcosmic in this company—his compositions, one per page, are like Ellsworth Kelly forms with circulatory systems. Delicately drawn arterial lines branch into capillaries without breaks or congestion; these are healthy shapes indeed. What’s more is that there is a soundtrack to the gallery experience, that of jet engines passing overhead. In Henry G. Sanchez’s video piece, cleverly installed near the ceiling, a number of small monitors display the underbellies of airplanes in flight. Each plane has its own space, and as one after the next flies across the screen, it seems the iteration could be endless.

Inaugural Show is based on an exhibition Pettit put together last year called 3-Day Stand, which was organized simply as an occasion for a group of friends to “han[g] out and loo[k] at each other’s work,” as Pettit wrote in an accompanying text. The spirit of that effort has not been lost. Everyone who stopped into the gallery on the day I visited was either a friend, one of the exhibiting artists, or both. It felt a little like being in a clubhouse where the goal was to make you feel welcome.